Today we bid adieu to our new but good friends, Mike and Gladys.  We first met them in the campground in Banff, two months ago.  They were traveling with two other couples, each with RVs, headed for the same adventure destination as we were – Alaska.  Their planned route was similar to ours but with some variances in timing.  Although not planned we managed to cross paths every day or two as we went up the Alaska Highway.  At some point in Alaska they separated from their friends and spent several weeks, as we did, traveling and exploring on their own.  Unless you take the marine highway (ferry), you have to leave Alaska the way you came in, going through several towns a second time.  As we were driving to Wal-mart in Whitehorse, Sue suggested we swing through the parking lot area where a number of RVs were parked.  Low and behold there was Mike and Gladys’ RV.  They had arrived less than thirty minutes earlier.  We swapped experiences for a while and then went out to dinner (only the second time this trip) to celebrate our anniversary.  Mexican, what else :)  .  We had the same basic route planned for the trip south so we decided to travel together.  So we shared the road, campgrounds, and experiences for nearly two weeks.  This morning we drove south for an hour and a half and stopped in Kamloops. 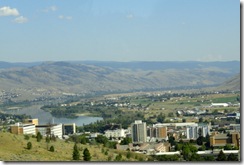 We had a snack at a very nice donut shop and then said our goodbyes.  They are headed east and then south to their home in Spokane and we are going west, south and west to the Vancouver area before heading south again toward home.  Very nice people.  We enjoyed their companionship very much and would like to do it again.  I’m sure we will keep in contact. 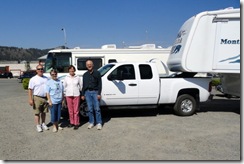 We opted to take Canada 1 to go west.  A good two lane road with frequent passing lanes that goes through picturesque farm and ranch country. 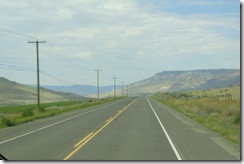 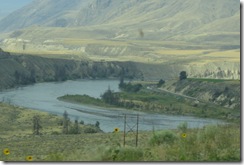 The alternative is a six lane freeway that takes probably 95% of the traffic.  Another no brainer.

Today was our first experience with ‘heat’ since last summer.  Temperature here got to about 85 for a while.  Hot enough for the locals that they all comment on it.  We know that much worse is yet to come.

This morning I got up early and headed over to the visitor center to seek a look at the mountain.  Good move. 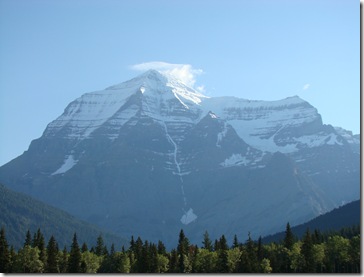 Tallest peak in the Canadian Rockies.

This picture was taken less than ten minutes later.  Note the increase in cloud size. 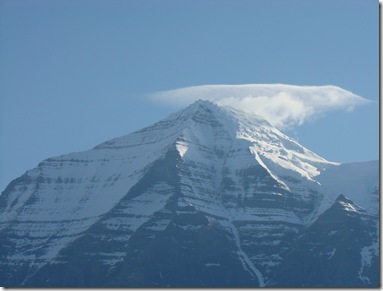 Twenty minutes later there was a lenticular cloud over the mountain that was lowering to cover the peak.

From Mount Robson we headed south about 150 miles to another provincial park campground.  Just north of this spot is an area consisting of several wilderness provincial parks.  Access is mostly by trail but there is a road going through them that provides access to the trails and goes by several very nice water falls.  Three of the falls are highlighted with large parking lots short, easy access trails to view them.

The falls are each different and each is spectacular in its’ own right. 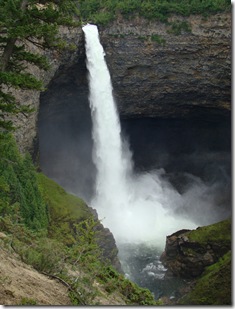 This falls is over twice the height of Niagra.  The picture doesn’t begin to give it justice. 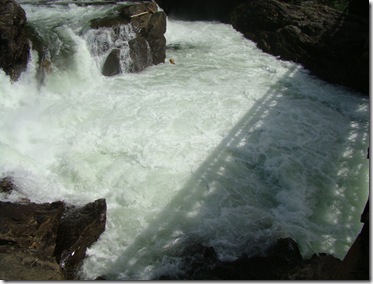 This is a spot called The Mushpot.  It is not a falls.  Just a whole lot of water running over and around big rocks creating a boiling cauldron effect.

The small dot at the base of the rock upper center is a log about 20 inches in diameter and maybe two and a half feet long.  It is caught in an eddy and will probably stay there ‘till the water flow changes.  There was another in a similar situation a few yards down stream. 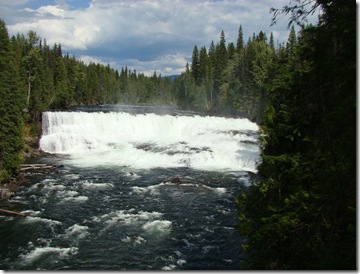 Next falls.  Again, pictures do not begin to describe it.  Tremendous amount of water. 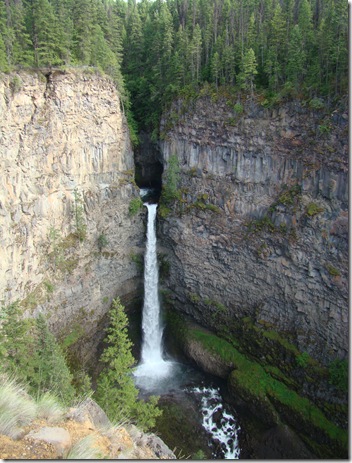 Last of the three falls.  Again pictures fail.  Those rock walls are at least 500-600 feet high.  The river has cut a very narrow slot canyon that ends half way down the face of the wall and dumps the water out into nothingness.

Back to Mt Robson

There are two ways to go south from Prince George.  Straight south quickly gets in to rolling to flat farm land.  East and then south goes through mountains and along side the Canadian Rockies.  Easy choice for us.  It meant retracing our steps a little but the first time we passed Mt Robson the top was in clouds and we wanted to see it all if we could.  So back to Mt Robson Prov. Park.  This time we stayed in the campground.  Very nice.  Long, wide, level camp sites with lots of trees.  Tables and fire rings at each site.  Away from road so quiet.  Free, hot showers.  Could see spending a few days here just relaxing.

For an afternoon event we took a seven mile round trip hike to a lake at the foot of Mt Robson. 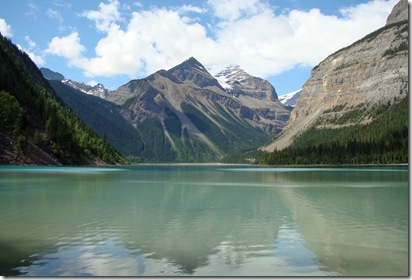 At the lake we did get a brief look at the top of the mountain. 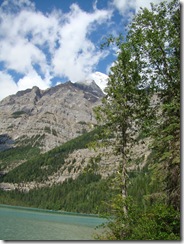 The trail paralleled the river coming from the lake.  VERY full and VERY fast.  Every view a photo op. 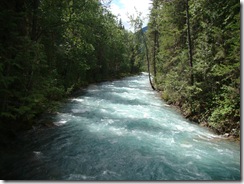 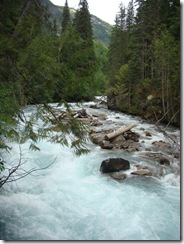 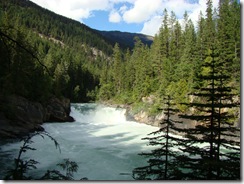 At the lake we were passed by this group coming out of the high country.  Twelve to fifteen Japanese hikers with full packs.  They were really truckin’ too.  I have never seen hikers move that fast. 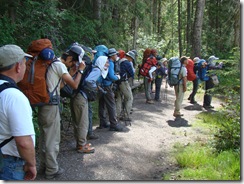 After the lake hike we took another hike to see a falls. 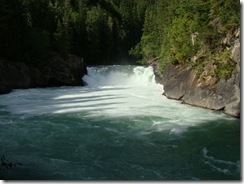 Started the day by doing four loads of laundry.

Later in the morning we visited several of the very nice parks in Prince George.  Nice warm day with lots of families in the parks.

We then toured the local college campus which has the only vista of the town.

In the afternoon we took a long walk/hike through a forest park.  Nice to walk in the woods.