On to Yamsi and Beyond


Left Redding before 9am under partly cloudy skies.  North on I5, this part of which is much nicer than everything south of Redding.  We stopped in Mount Shasta City to (re)visit the headwaters of the Sacramento River.  This large river starts as a spring in the side of a mountain in a very nice city park. 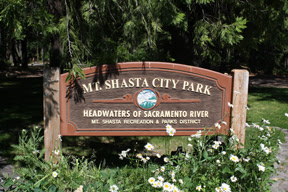 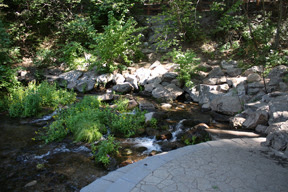 Start of the mighty Sacramento River.
On to Klamath Falls to fuel up and then north to Chiloquin and east to Yamsi Ranch.  Another headwater.  The Williamson River, which fills the very large Klamath Lake, starts as a spring comming out of a dusty hillside and immediatly flows onto Yamsi Ranch.  There is so much flow that it starts out as a good sized river, not a stream.  The first seven miles of the Williamson flow through Yamsi Ranch- private land.  Some of the best trout fishing water in the country, if not the world. 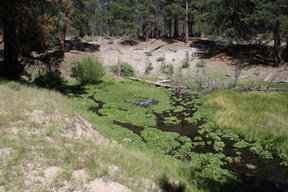 Headwaters of the Williamson River 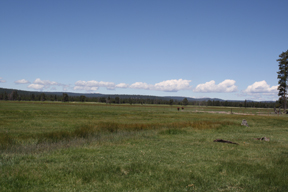 This is just one of the views that people at Yamsi Ranch have to look at every day.
This morning, June 13th, after a hearty ranch breakfast, north again on US97.  Quick stop at Collier State Park to dump the tanks and then on through occasional rain showers (forgot to mention that the temperature at sunrise was 28 degrees)  to Bend.  First purchase of the trip - a new mattress.  The old one was foam and rather quickly developed the dish syndrome after we bought it.  Looking forward to a good sleep tonight.


Spent the weekend finalizing house for extended idleness.  Final packing this morning and off @ 9am.  Great travel day!  Cool with a few light showers.  Four hours to Redding Elks parking.  Temp in Redding - 70 degrees.  Guess we will forgo the pool this trip.