From last nights camp town (where we did laundry in a very nice modern laundromat) north about 30 miles to Cooperstown.  Several things about Cooperstown.  First, it was founded by the father of James Fennimore Cooper. Much of Cooper’s (the writer) work is based on or influenced by the area. 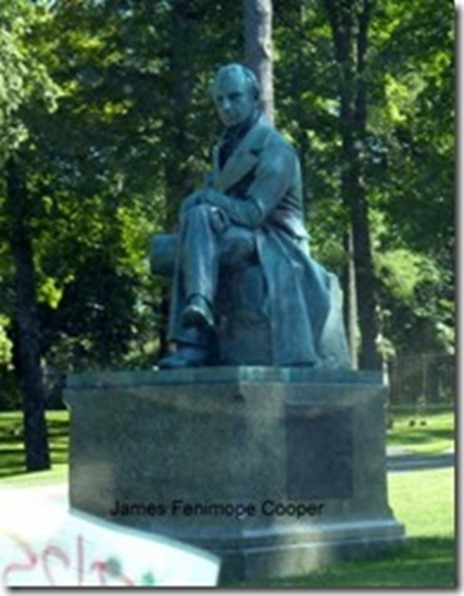 Cooperstown also has some military history in America’s growth and conflict with Native Americans.  Cooperstown sits at the southern tip of Lake Otsego, a very scenic lake popular with vacationers and summer homes crowding the shore similar to Lake Tahoe only worse.  Similar to Tahoe, there are some areas with less civilization and we are camped in one – a state park at the northern end.  Lake Otsego is the headwaters of the Susquehanna River.  Longest river east of the Mississippi and 16th largest in the United States.  Another headwater for the list. 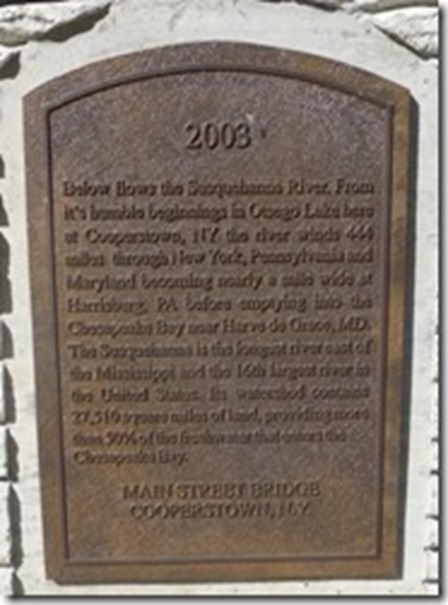 Oh yah – Cooperstown is also home of the Baseball Hall of Fame.

Sorry to say we did not visit the Hall of Fame.  Parking was at a premium and pricy.  Admission was pricy and time was running out on the day when we got there.  We got some photos of the outside though.  Unlike the Football hall which is thoroughly modern, this museum is in a rather old building.  Additions have been made to expand capacity but the original building looks to be over a hundred years old. 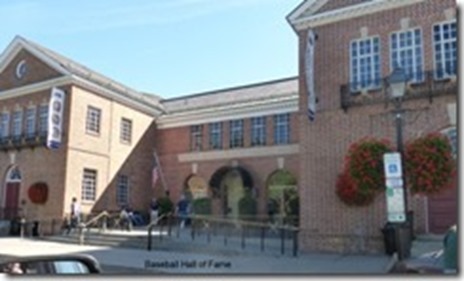 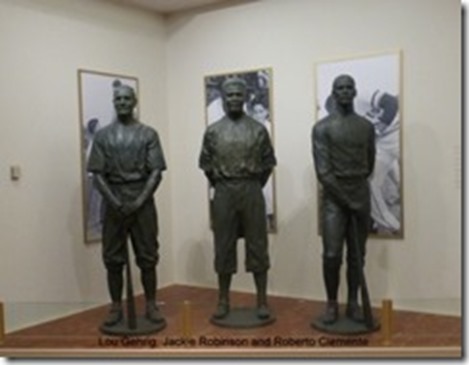 Back to our state park campground which itself is a historic area.  Located on what was part of the grounds of a historic and wealthy estate. Very pretty area.  Today there were three weddings on the grounds of the park.  Part of the original roadway from the gatekeepers house and then a couple of miles to the manor house involved crossing a river, on a bridge, a covered bridge, now the oldest covered bridge in the United States. 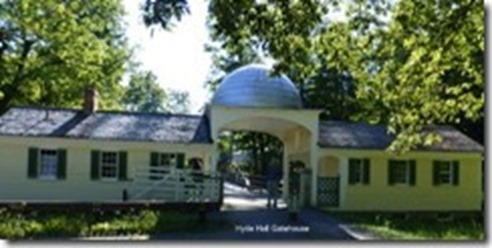 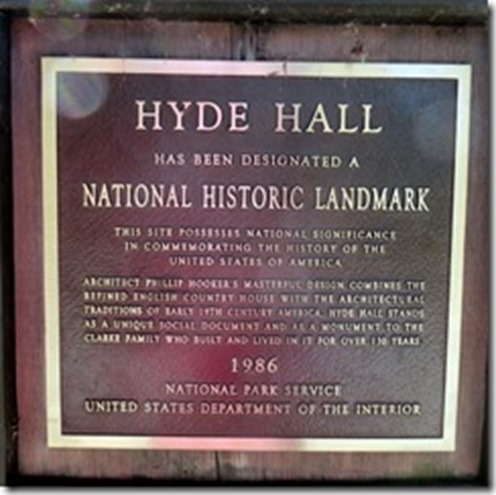 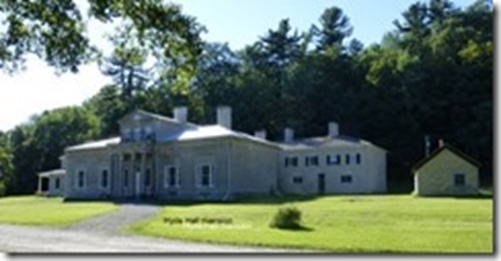 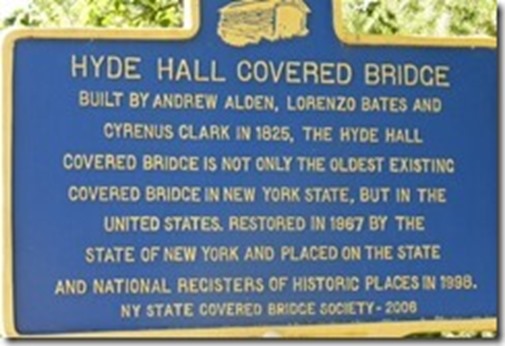 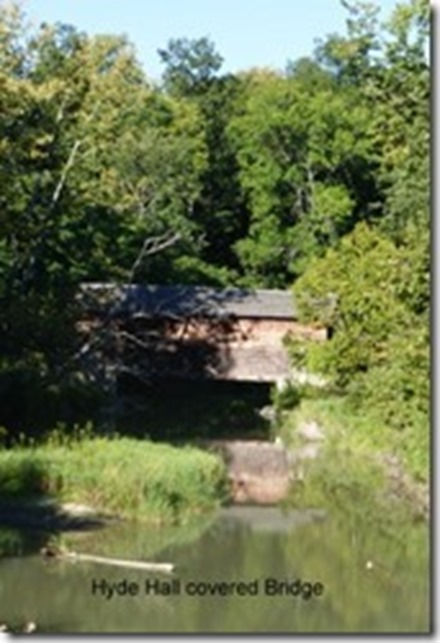 I say again to people traveling, ‘Get off the fast roads’.  There is a lot to see in this country and most of it doesn’t involve an interstate. 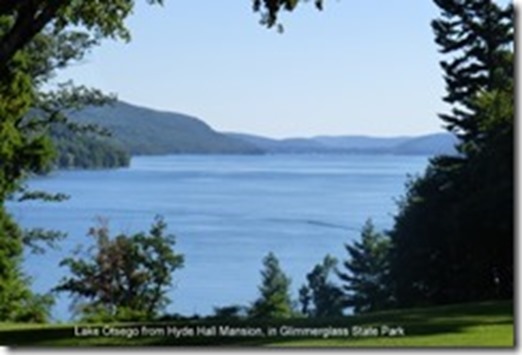 Short drive south to Corning.  I was here 50 years ago to visit Jim Ritchie's grand parents.  His grandfather was one of the developers of Corel dinner ware.  I still remember him handing me a coffee cup and having me pound a nail with it.  Things are different now.  Visitors are kept away from actual production sites.  Instead there is a huge museum dedicated to all things glass. 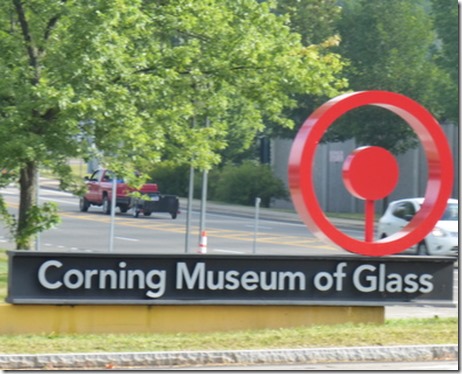 Visitor guides say to allow three hours to visit.  That is conservative.  We spent three hours but rushed some things and skipped others.  A large part of the museum is devoted to the artistic side of glass through the ages – eons ago ‘till now. 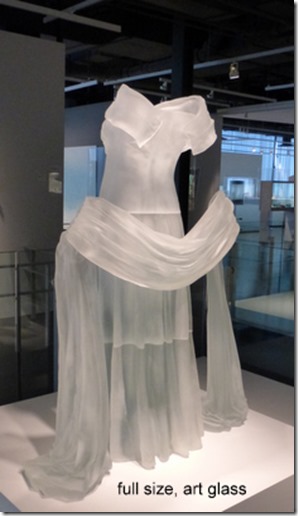 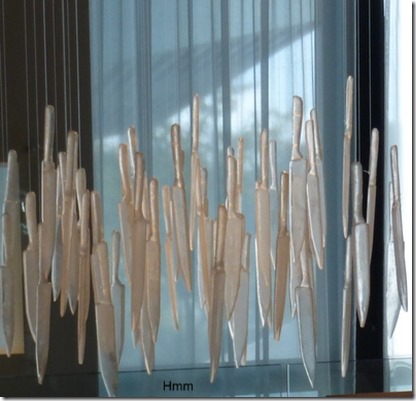 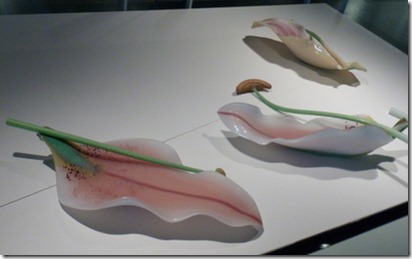 Several demo areas of glass blowing, glass sculpting, hands on make your own glass item, and a artistic glass blowing/furnace studio where visiting glass artists teach and give demos. Difficult to visualize at this angle.  A mouse we watched being created(above).

To see and study it all could easily take a whole day. 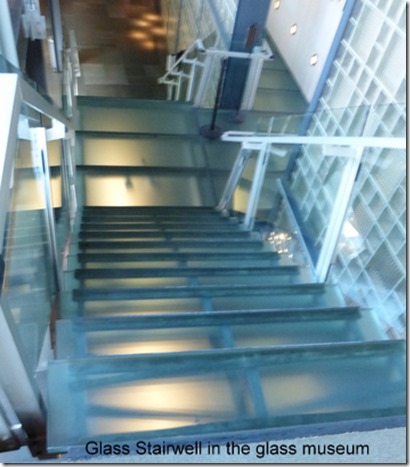 Whatelse would you make stairs out of?

From Corning we started north and east. 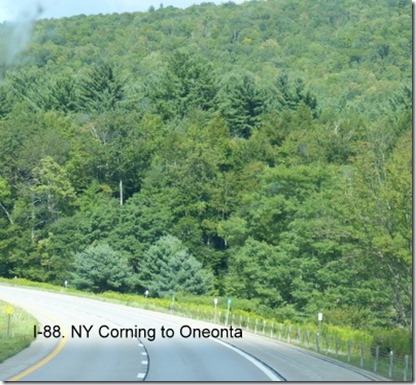 Pretty in green.  A few weeks from now – wow!